The Melbourne show over the weekend was off the chain. It was epic even though we were two men down. We wish Mike Mason and Benny Fiez a speedy recovery. The cast really pulled out all stops for the first of three east coast shows, for the loudest crowd so far.

The real craziness happened at the after party where we decided to DJ an epic 5 hour set at The Loft. Shout out to the staff who really made us feel at home. The night started with coffee Patron shots and ended with Seth Enslow, Nate Adams and Mike Metzger on the mic freestylin’ up a storm. Video coming soon! We have to hand it to Lady Killer, Benny Fiez for partying until close even with a broken shoulder and Japanese sensation Taka Higashino who partied on through  until the early hours even though he had a 7AM flight to Japan the next morning (we found him sitting out the front of our hotel on his suitcase at 4AM, scared that if he went to sleep he would miss his flight)!

These Crusty kids work hard but like Japanese business men they definitely party harder. Check out some pics from the Melbourne show below. 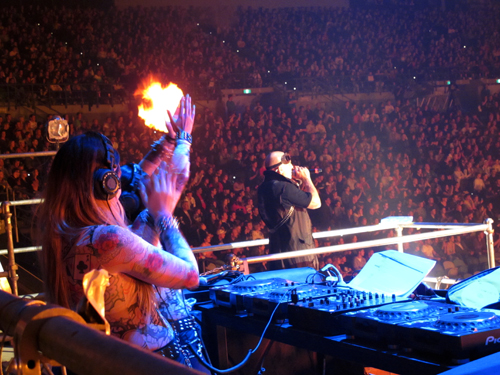 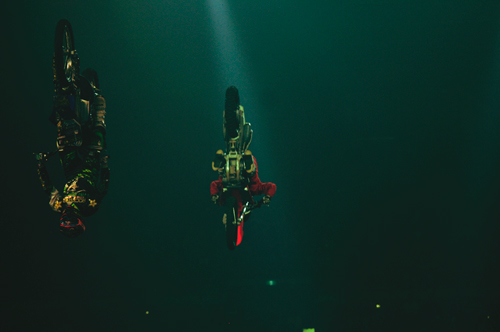 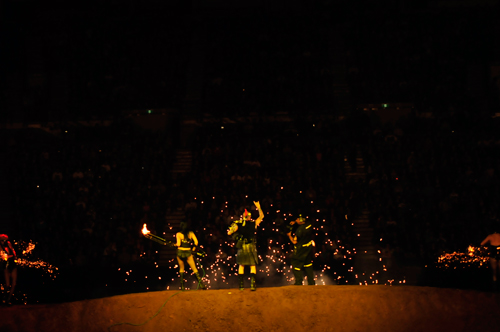 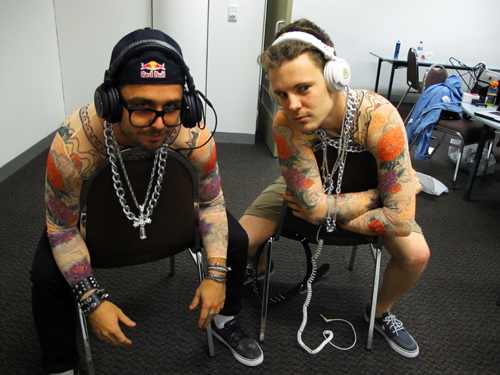 Our boyfriends loved our costumes so much they had to try them on! Thanks for coming to support us boys!