We caught up with our favourite skateboarding superstar, Corbin Harris, a couple of weeks ago to give him the low down on our best and worst everything. We’ve known Corbs for years, love hanging out with him and jump at any opportunity to play at any of his gigs – whether it be the launch of his book at Red Bull HQ or most recently the launch of his pro board and video part at Beach Road. Check out our interview here and below. 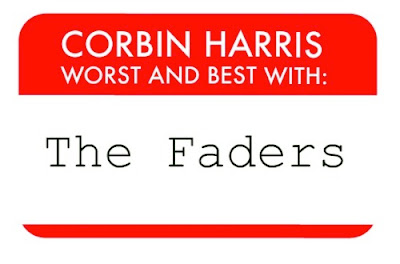 I’ve been lucky enough to have known the girls Milly and Sui for about half a decade or more now. Right from the start of their Dj’ing career it was apparent they were going to be a success. Two very cute girls that had some of the best track selection I have ever heard. If you want people dancing and smiling, go no further – Ther Faders are your only choice. If you can get them that is….. Now rumoured to be signing with Universal Music, shits about to get real! Tours, colabs, endorsements it’s all about to start for the two girls. So if this is your first glimpse at the girls, I’m telling you now it wont be the last….. Ladies and Gentlemen I present – THE FADERS!!!!!!!!

Best family member and why?
Our parents because all four of them are rad!

Best Action sports Athlete of all time?
we have to say Corbin Harris, right?

Best regular Sports Athlete of all time?
MX rider – Cam Sinclair. He’s nearly died twice and has lived on to inspire others every day through his story! He’s also a legend!

Best most attractive person of the opposite sex? Yes your husband or boyfriend come 1st. After that.
Lil Wayne. Hands down.

Best person to travel with and why?
Each other! we are on the road quite a bit at the moment and think we’ve nailed it as traveling companions.

Best drinking experience? You remember, the last time you said you were never going to drink again.
Mmm it’s hard to narrow it down to just one experience! We always get a bit carried away when we are playing as 9 times out 10, there is always Café Patron involved! The most memorable would probably be the night we dj’d for 8 hours straight to Wutang Clan, Lil Jon, Good Charlotte, Blackstreet and TPain! That was pretty legit.

Best most commonly used word in your vocabulary?
Legit?

Worst date you have ever been on?
Dates are the pits in general. They are like job interviews.

Worst question you have been asked ever in a interview?
It’s not so much the question but the lack of answers that was the issue! We recently played at the Inside Film (IF) Awards and whilst being interviewed on the red carpet we were asked who we thought would win best actor, best film etc but we had been so busy working out what to wear and what to play that we didn’t even know who was nominated! So embarrassing!

Worst nightmare?
[Sui ] I had a nightmare that we were opening for Naughty by Nature but I never made it to the stage and Milly had to do it solo. Now that’s a nightmare!

Worst place a telecommunication company cut you off?
No bad stories to tell.

Worst car accident?
[Milly] I wrote off my car when I was 19 when two drunk kids stole their parents car and t-boned me doing 200k’s at an intersection!

Worst song that you love when nobody is around? Own up, come on.
Sexy Bitch by David Guetta. We used to HATE that song when it first came out and refused to play it but now we not only play it, but fist pump with the best of them. 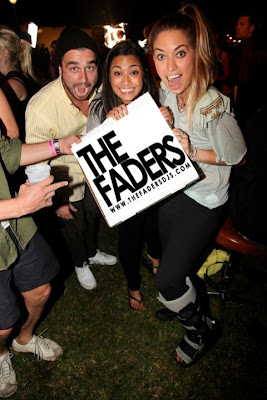